skip to main | skip to sidebar

In your and Bill Hartman's article "Push ups, face pulls and shrugs for strong and healthy shoulder's" you guys talk about how during a proper and efficient bench press, the scapulae don't really protract and in fact should actually be retracted and depressed. You go on to say that this position is the same position the scapulae are in during the contracted portion of a row, so the idea of horizontal training balance in terms of pushing and pulling isn't as simple as balancing rows with benching. Now with that being said, in BTEA you and Eric include "all bench pressing" in the "scapular protraction" column of "A structural balance crash course, the Upper Body" chart in the powerpoint slides and in opposition to that you include all rowing movements (upright rows excluded) in the "scapular retraction column".

MR: It’s tricky, right? ;)
The bench press is in fact a protraction movement pattern; the problem is, the scapulae never actually protract! So while you’re training the pecs, anterior delts, triceps, etc., you’re never really focusing on the serratus anterior. This is an obvious issue w/the bench press exercise.
Now, with regards to “true” protraction exercises, push-ups are obviously great, but they aren’t your only choice. You can also perform a variety of protraction exercises using a standing cable machine or heavy bands – mix it up by standing with feet aligned and in a split-stance to get more “core” involvement.

2.) I understand that the contracted portion of most rowing movements put the scapulae in a depressed and retracted position but during the other portions of rowing such as on a t-bar or isolateral rowing machine where not much effort is needed to maintain neutral spine, I feel like my scapulae can protract if I allow the weight to take them into that protracted position. Would allowing my scapulae to protract during that portion of the row be in essence training scapular protraction in that phase and scapular retraction in the contracted phase? or since your not actively using your serratus to protract the scapula would you not really be training scapular protraction?

MR: Now you’re thinking man!
I’ve actually just written an entire article on this topic. The goal during all rowing movements should be to allow/control protraction at the start/finish of the movement. By doing this, we allow the rhomboids to relax and stretch, thus ensuring a better contraction during the actual movement. You’ll see quite often where people maintain a small amount of retraction, even at the start/finish – they simply can’t relax into protraction and still complete the movement. This is typical of someone who is dealing with rhomboid dominance and/or scapular downward rotation syndrome.

Posted by Mike Robertson at 7:56 AM

Promote Your Page Too

Try us for 14 days absolutely FREE!

Learn the EXACT strategies Bill and Mike use with their clients to achieve amazing results! 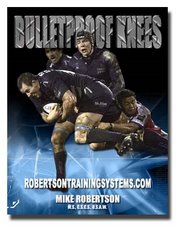 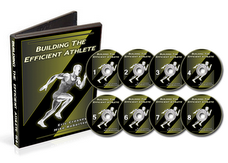 Experience the Event That Took 30 Trainers, Coaches, and Athletes to the Next Level 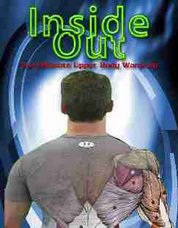 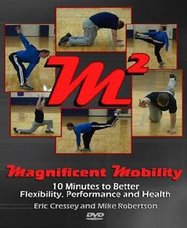